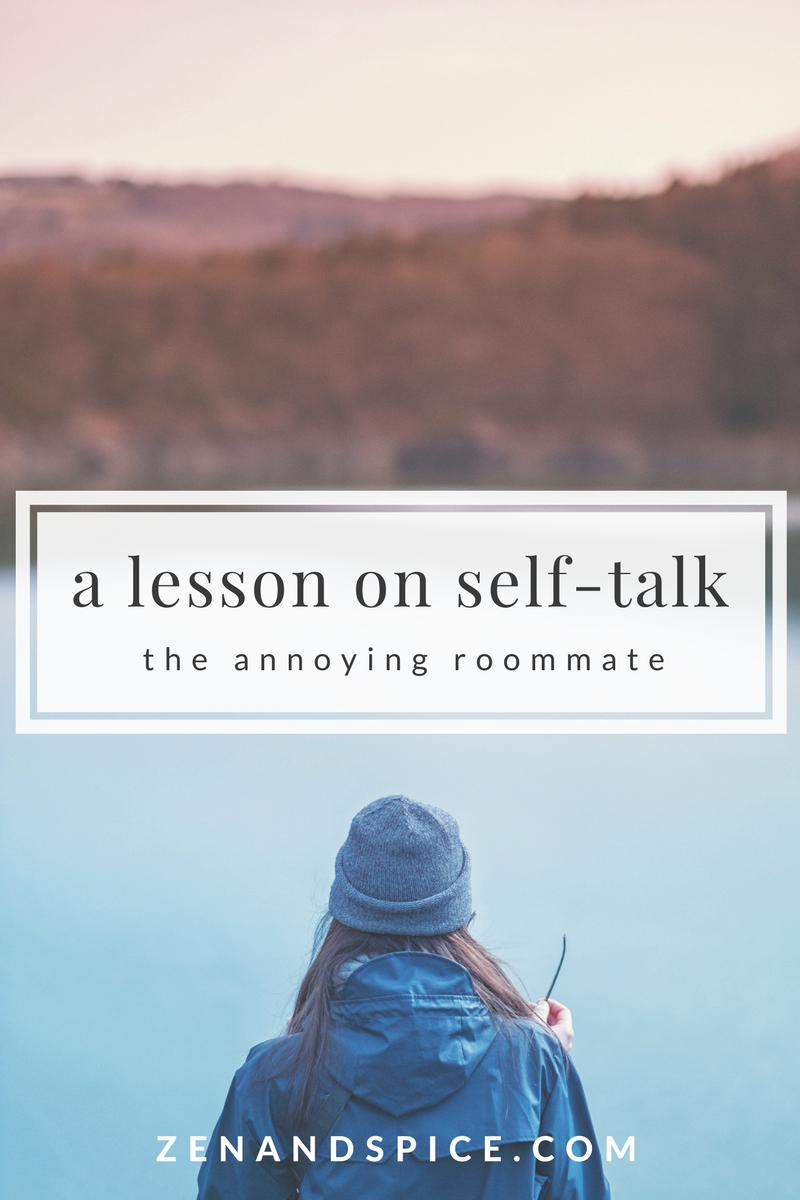 Imagine that you have a roommate.

Imagine that you are sitting down on the couch with this roommate, watching TV. While you’re trying to enjoy the show, she’s talking to herself:

“Did you remember to shut the garage door? You better go check. Not now, I’ll do it later. I want to finish watching the show. No, do it now. You’ll risk getting broken into.”

You sit in shock, watching all of this. Your roommate then launches into another dispute:

“I’m starving. I want to order some Chinese food. No, you can’t order out, it’s too expensive. But I’m hungry and craving Chinese. When will I eat?”

These bursts of dialogue continue to happen. In addition to the outbursts, instead of just watching TV, this person starts reacting to what’s happening on the screen. A child appears on the show and your roommate starts mumbling about their kid’s recent misbehavior. Then the yelling starts—just as though the child and parent were in the room with you! Then it stops.

At this point, you’re probably desperate to get as far away from this person as possible.

Now, what if this roommate was also your best friend?

Imagine you’re driving to your first day to a new job. Your best friend says:

“Maybe this isn’t the right position. You should be really nervous about this. Should you still do this?”

You owe them an answer. You have to convince them that this is the right position, or they won’t let you walk through the doors. That’s how much respect you have for this friend. If you don’t listen to them, they will bother you every day for the rest of your life:

“I told you not to accept that job! I said I wasn’t sure!”

Imagine if you had to take this person with you everywhere you went. If asked to describe your friend, you’d say: “This is one crazy and emotionally unstable person.”

Once you’ve spent the day with this friend, what is the likelihood that you’d go to them for advice? After seeing how often they change their mind, how conflicted their opinions are, and how emotional they tend to be, would you ever ask them for relationship or financial advice?

Surprisingly, you ask this person for advice all the time.

“He doesn’t care about you. That’s why he hasn’t called. You shouldn’t even answer the phone when he calls. Just ignore him.”

After an hour of this, the phone rings and it’s your boyfriend. He’s been planning a surprise date for your anniversary. He’s on the way to pick you up. You’re very excited now and you’re telling your friend how amazing your boyfriend is.

But have you forgotten about the bad advice they just gave you? That made you suffer for an hour?

What if you had hired a relationship adviser who gave you that wisdom? They misread the entire situation. Wouldn’t the rational thing to do would be to fire them? How could you trust them again after how wrong they were?

But you can’t fire your best friend and roommate. The problem is that you never hold them responsible for the trouble they cause. In fact, you’re all ears the next time they give advice.

By now, you’re probably thinking: who would put up with someone like this? But guess what. It’s our inner voice. The incessant chatter in our minds always has a problem with something. It’s easy for this voice to take over our lives.

There is a way to let go of this part of ourselves. You can just be aware of yourself being jealous, angry, sad, etc. You’re not alone in there. The real you is the one who is aware of this voice. To stop this annoying roommate and friend from taking over our lives, the first step is to become conscious that it’s happening in the first place.

Would you let someone talk to you the way your inner voice does? How long would you put up with that person in real life?