Caponata, a classic Sicilian dish, consists of diced eggplant and veggies in a olive and caper sweet and sour sauce. Eggplant Caponata can be served as-is or on top of sliced crusty bread.

Thank you to everyone for the kind feedback regarding last week’s post about my digital culinary tour! In case you missed it, I’ve started a new series here on the blog. Over the next several months, we’ll be exploring the original dishes from Italy. That’s right — no lasagna or ziti here (well, maybe haha). I wanted to spend time getting to know the traditional dishes that are served in each region.

Last week I shared the recipe for Pasta alla Norma, which is a staple in Sicily. Today we’re diving into another dish well known in Sicily: Caponata. It’s also another eggplant-centric dish. I had no idea how much eggplant is used in Italy! They do look different than the eggplants sold here in the US. In Italy, eggplants are oblong and skinny. Here, they’re short and plump. If you’ve ever tried the Italy variety, please let me know if there is a big taste difference! 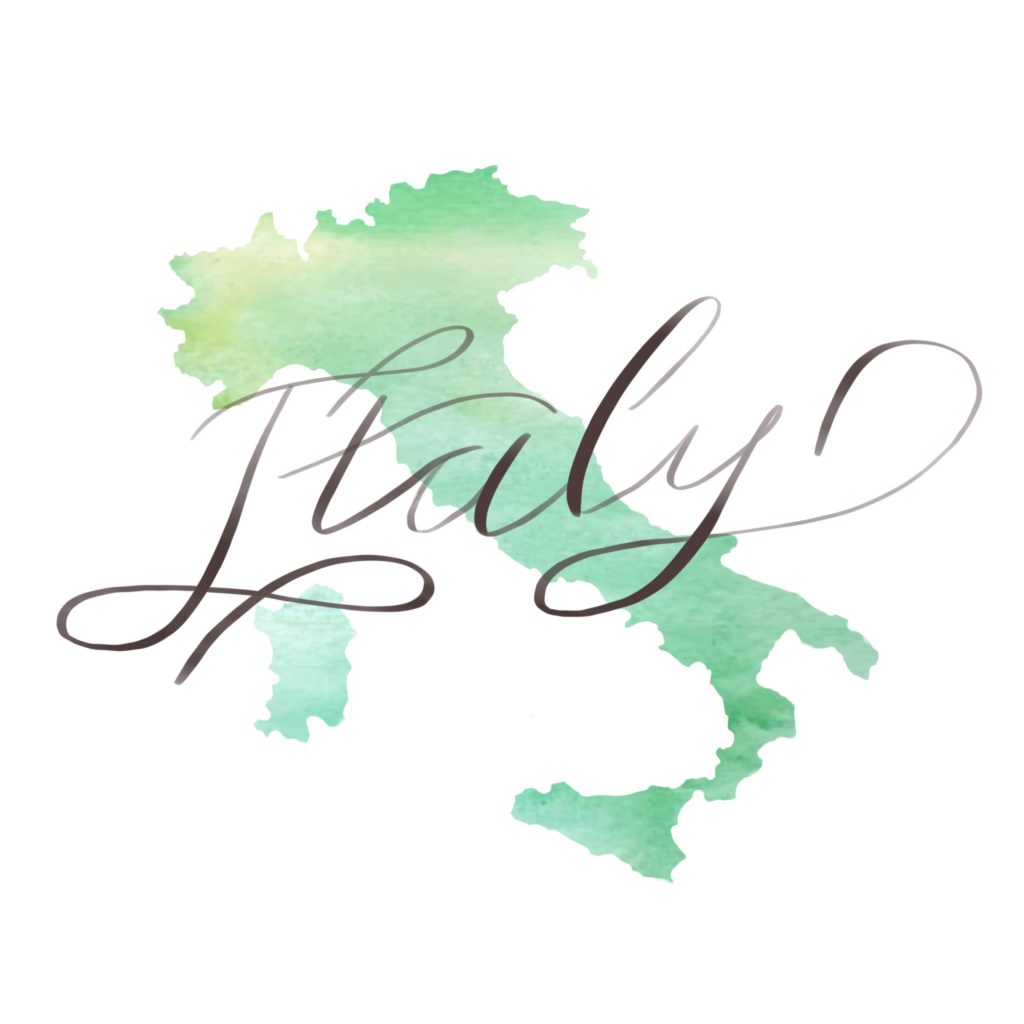 Caponata is a sweet and sour sticky vegetable dish comprised primarily of eggplant and a few other vegetables. The addition of vinegar, capers and olives is what makes it sour, and the addition of sugar makes it sweet. Caponata is cooked down until most of the liquid is gone, which makes it perfect for topping sliced bread.

Today, caponata is typically used as an appetizer or as a side dish for fish, but since the 1700’s, it’s also been used as a main course. It’s certainly hearty enough! 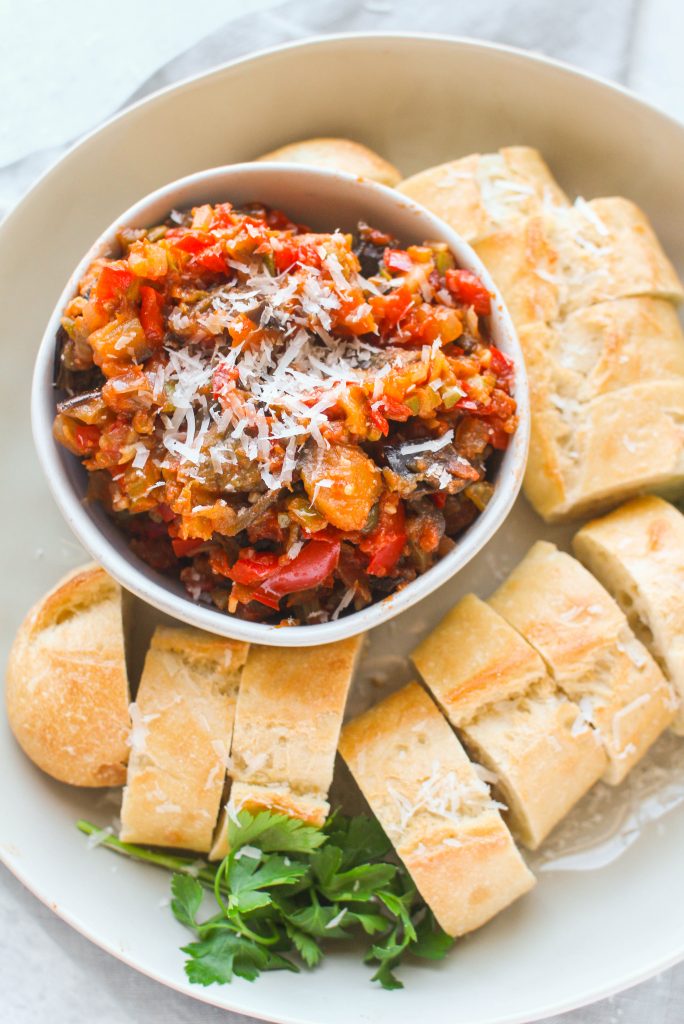 Let’s talk about the main ingredients in Eggplant Caponata:

I love this caponata spread on top of a thickly sliced baguette with a sprinkle of freshly grated Parmesan. Caponata is perfect to serve as an appetizer for your next dinner party or get together! 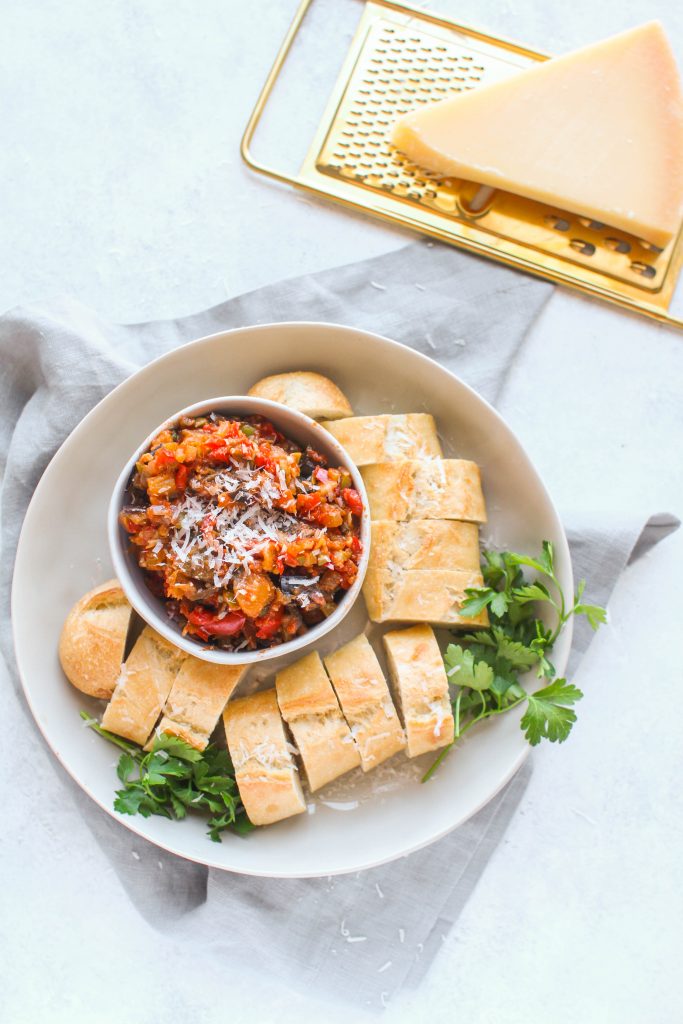 I had so much fun re-creating this classic Italian dish. I hope you’ll give it a try! 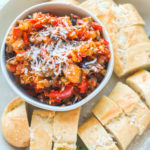 Caponata, a classic Sicilian dish, consists of diced eggplant and veggies in a olive and caper sweet and sour sauce. Caponata can be served as-is or on top of sliced bread.