Famous in the Midwest, Cincinnati Chili is a Mediterranean spiced meat sauce used as a topping for spaghetti and garnished with cheddar cheese and white onion.

Today I’m sharing something unique– at least for me. My husband and his family are from the Midwest and have been raving about “Cincinnati chili” for a long time, in particular, Skyline chili. I’ve never been to Cincinnati, or even Ohio. Heck, before I went to Vermont a couple years ago, the most “east” of Texas I’ve ever been was Louisiana. And that’s not “east”. 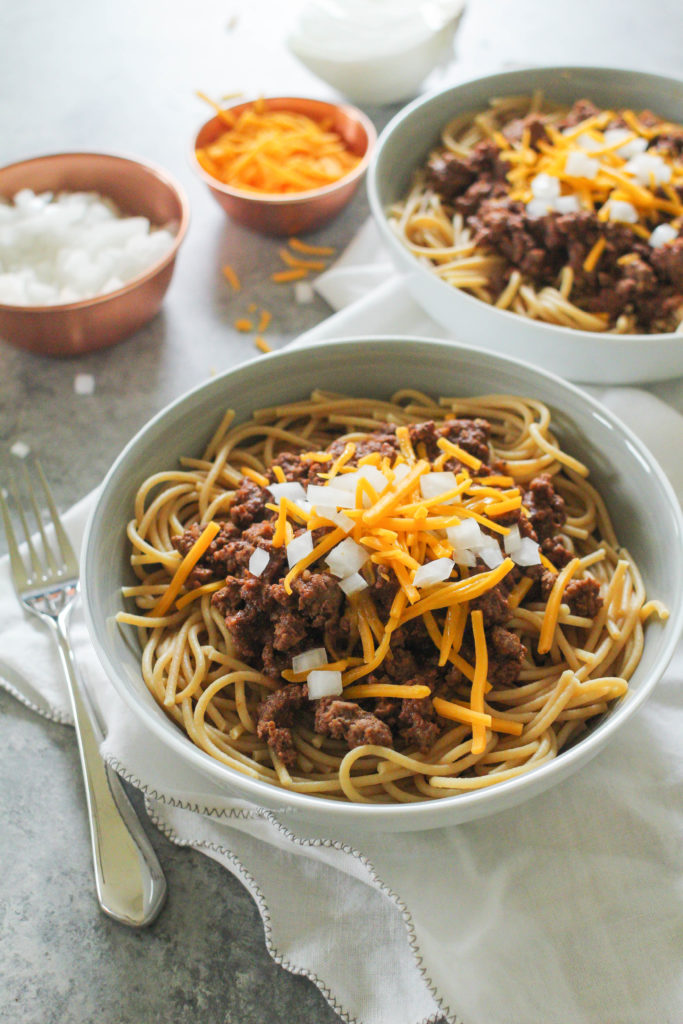 This post is sponsored by Sprouts Farmers Market. Thanks for supporting brands that make Zen and Spice possible!

We had Nick’s parents over for dinner a couple weeks ago to watch the Texas Tech game and decided to surprise them by whipping up some chili. Now I’m from Texas, so this wasn’t anything like our chili. 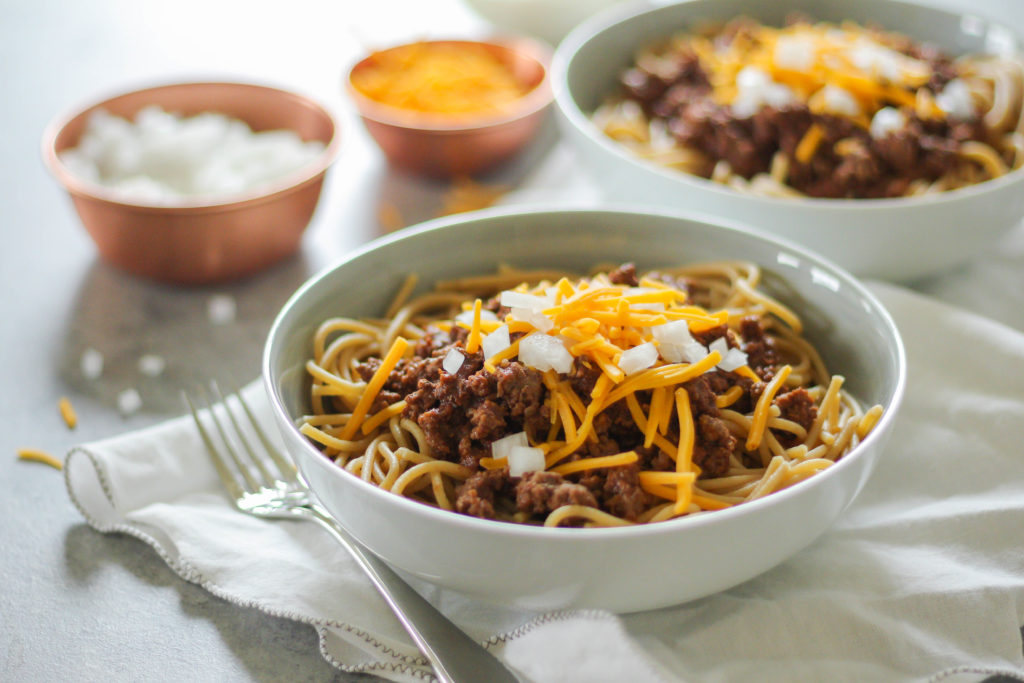 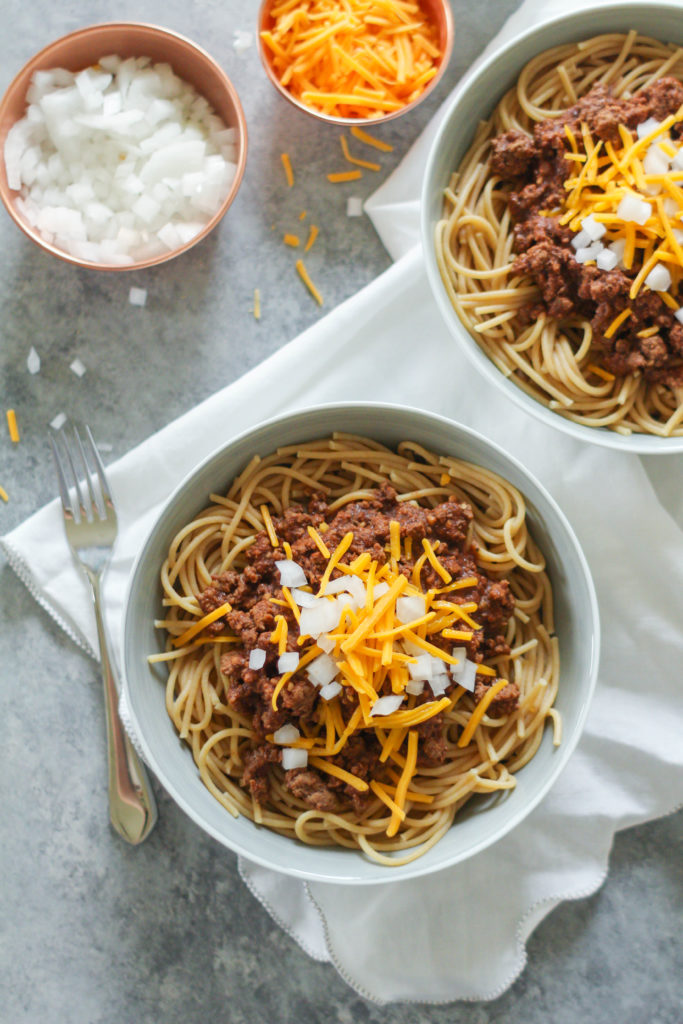 As a true Texan I definitely felt weird about adding cocoa powder to my chili and not including tomatoes or beans. It was different, yes, but I liked it! The chili is very flavorful– hints of “sweet” with the cinnamon and cloves, and “savory” with the cumin, chili powder and tomato base. I served it on top of a pile of spaghetti, with diced onion and a handful of cheddar cheese. 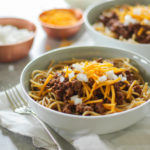 Famous in the Midwest, Cincinnati Chili is a Mediterranean spiced meat sauce used as a topping for spaghetti and garnished with cheddar cheese and white onion.