Are you ready for an overload of puppy pictures?

Back in November, I wrote this post about our new schnoodle puppy, Link. When we adopted him, he was only eight weeks old and weighed just 2.2 pounds. Now at sixteen weeks, he’s almost tripled in size (mostly fur?) and weighs almost 5! 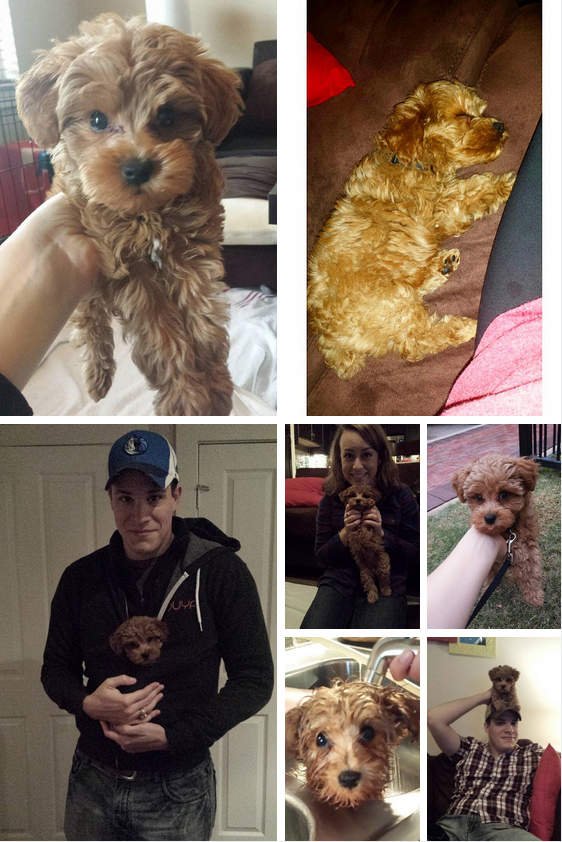 We absolutely love him! The first couple weeks we had him were pretty difficult though. He cried a lot during the night and we had a hard time getting him to sleep. He’s starting to finally get the hang of potty training. We used a potty pad with him inside until he got his second set of shots at twelve weeks (to prevent parvo/distemper).  He was pretty hyper and whiny because we couldn’t take him outside! Our neighborhood has a lot of dogs and we were terrified of him getting sick.

Once he got his second set, we started taking him outside to potty. His temperament improved almost immediately and the whining has slowly started to go away. At first he was having 3-4 accident a day and it was driving us crazy thinking we were doing something wrong! Lol @ first time doggy parents. We just kept pushing through, and now after about two months of consistently taking him outside every couple hours, he is doing much better– only 1-2 accidents a week now! So happy!! 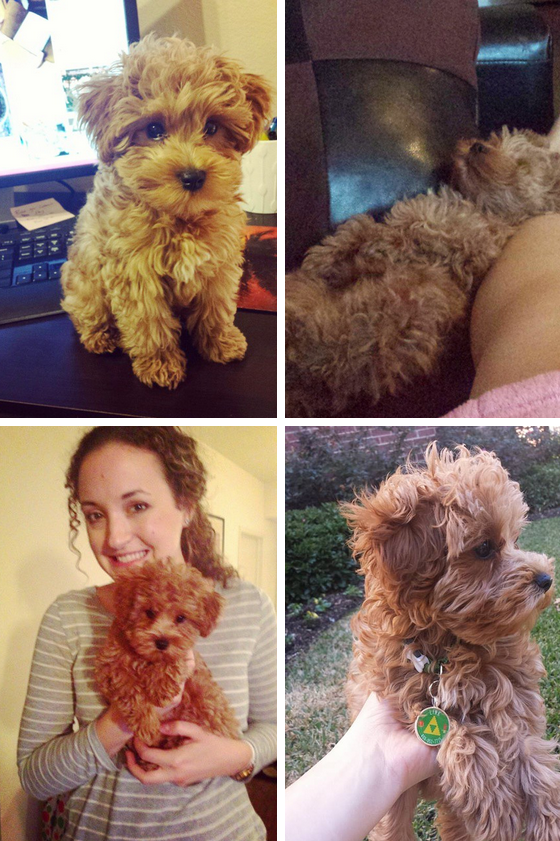 He is definitely more active. When he was super little, he would nap on my chest for hours and now he rarely does that anymore. He loves to curl up on the couch while we’re watching TV however! His favorite toys are his stuffed Lamb Chop, linky bones, and his Cowboy’s chew toy. He’s learning how to entertain himself! He still follows us around everywhere though.

One thing he loves to do is climb out of my lap and onto my computer desk while I’m trying to work. Sometimes he lays down and starts to take a nap right on my keyboard. 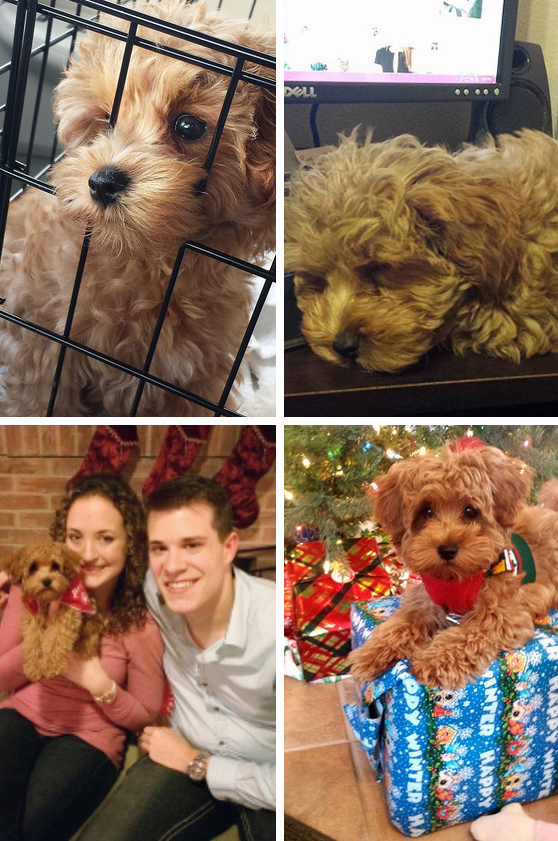 He’s a very social pup. When we go for walks outside, he loves meeting new people and new doggies. He’s made a couple doggy friends with our neighbors!

Link had fun at Christmas playing with all the wrapping paper and bows. I took him to my parents house and lots of family members got to meet him for the first time. 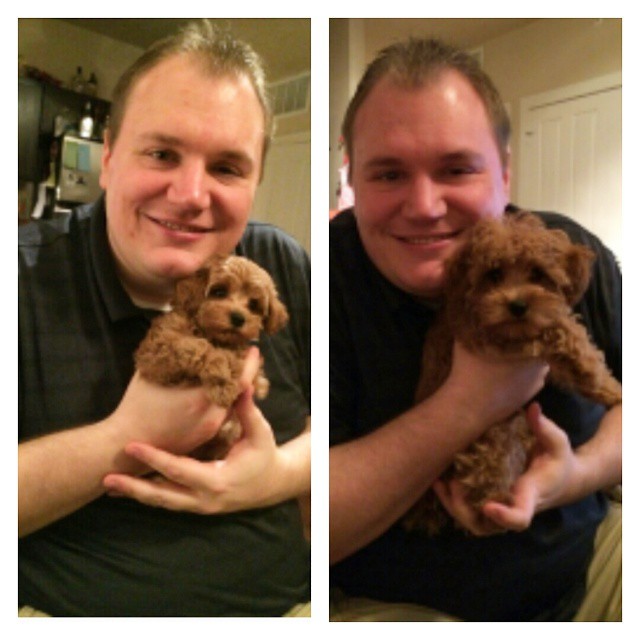 Having a puppy has brought us closer together and we really enjoy having him around. Nick goes on business trips fairly often and it’s nice to have someone to keep me company.

He has so many toys and outfits, he needs his own closet! 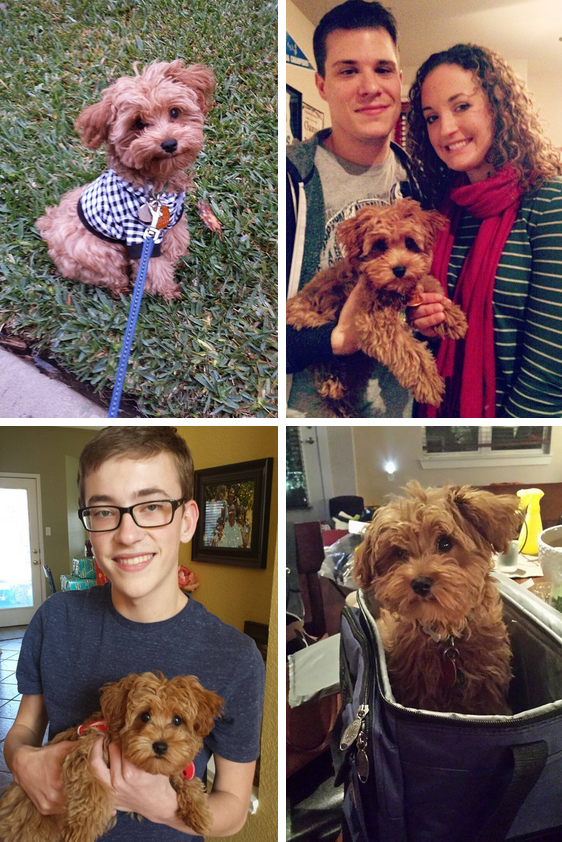 You always hear people say how much joy dogs can bring to someone’s life. Linky has definitely brought joy and happiness to ours and we always have something to look forward to when we get home! It’s so nice to have a puppy to play with, go on long walks with, and snuggle on the couch with.

And come on. He’s pretty much the cutest puppy in the entire world (my unbiased opinion).