One of my personal goals for 2015 is to eat more plant-based meals. I know that sounds funny because this recipe has shrimp in it– but I have a point. I want to cut down on meat for a couple reasons– but mainly because grass fed, free range meat is more expensive.

Beans and legumes are ridiculously cheap. Part of my “eat less meat” goal is to learn how to cook beans and lentils and do it more often. So, this recipe features roasted chickpeas, and I added shrimp to this recipe because I had a bag in the freezer and it sounded like a wonderful combination! 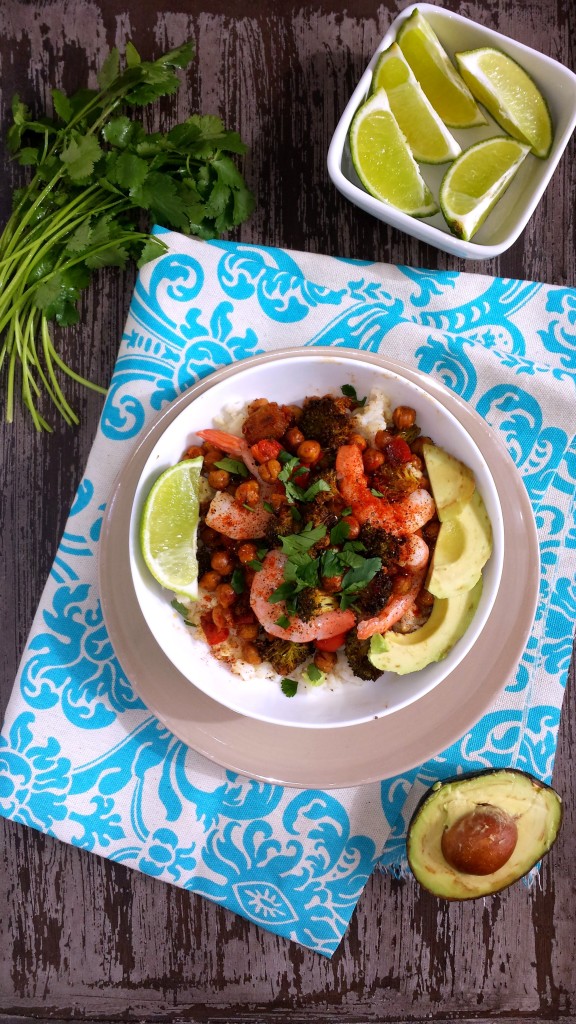 I recently read the Thug Kitchen Official Cookbook. Let me tell you, I read through the entire thing and laughed my pants off. It’s hilarious. I love their writing style and their recipes, I must have sticky-noted at least twenty different pages. It really inspired me to start cooking more plant based meals. Today’s recipe is a twist from their roasted chickpea burrito recipe.  I thought I’d switch it up with brown rice and some shrimp for extra protein.

The recipe calls for Bragg’s Liquid Aminos, which is a wonderful soy sauce substitute. It’s basically a liquid soybean sauce (without the wheat that’s usually in regular soy sauce). It tastes JUST like soy sauce except way less sodium– per 1/2 teaspoon, Bragg’s has 160mg of sodium. It’s stronger in taste so you can use less than you would with regular soy sauce. 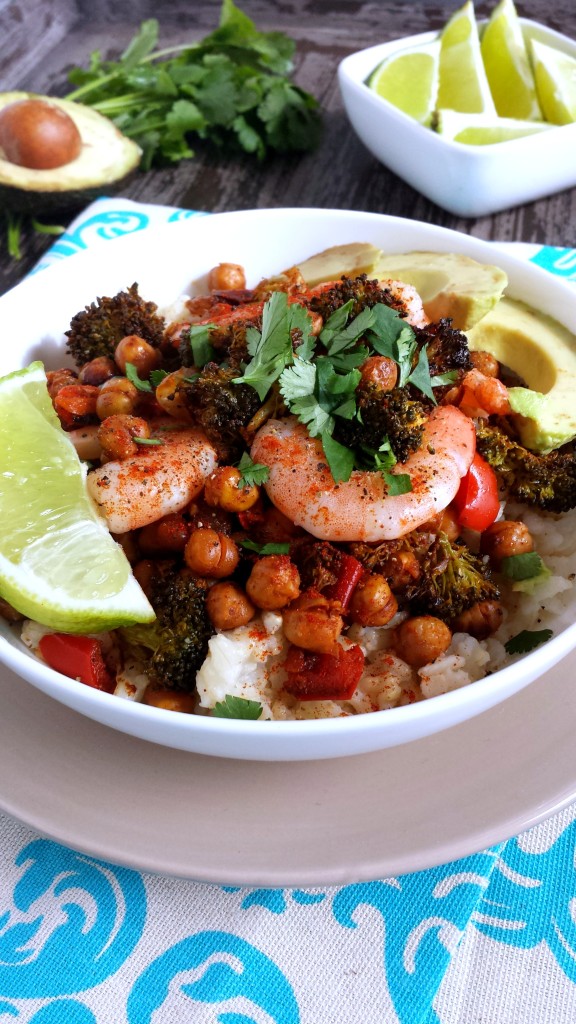