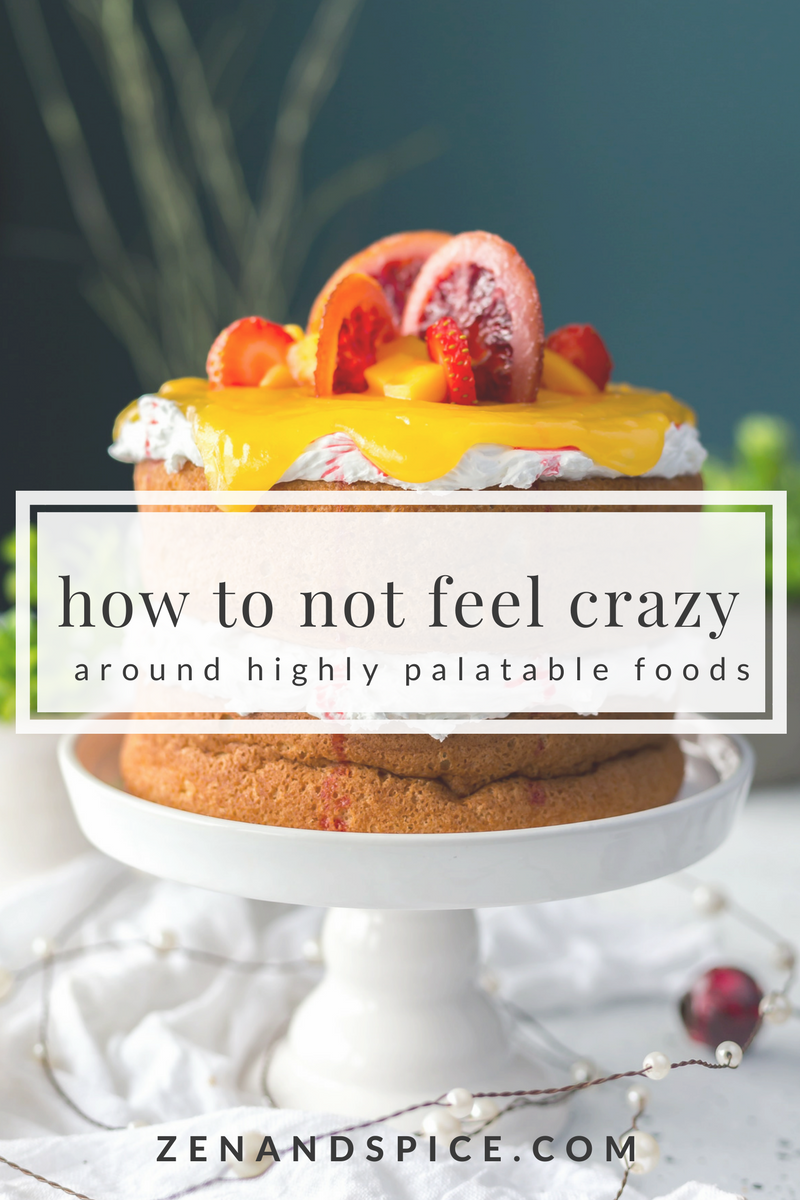 “I just can’t keep ice cream in the house. When we do have ice cream, we eat it all in just a few days. So I don’t buy it anymore.”

Sound familiar? This is something I’ve been hearing a lot of lately. Whether it be ice cream, cookies, sweets, chips, etc. It may seem proactive to keep foods that you feel out of control around out of the house. But, it does more harm than good. Keeping a house free from fun foods can lead to cravings, binges and feeling crazy around these highly palatable foods.

Back in my non-intuitive eating days (dieting days), when I didn’t keep a wide range of snacks or sweets in the house, I would seriously crave them. Then, I would stand in the pantry or with the refrigerator door open, peering in and trying to find something to satisfy my craving. If I was craving something salty, I’d have an insane number of cheese sticks or cottage cheese, sometimes eating shredded cheese in its place. If I was craving something sweet, I’d have spoonfuls of peanut butter with honey drizzled on top or rice cakes with peanut butter or pieces of cereal. But these “healthy” foods never could satisfy my sweet or salty craving!

When you crave something, but don’t allow yourself to have it, you can sometimes go through this weird eating phase. Instead of having a salty handful of chips, I’d have a cheese stick, shredded cheese, a couple slices of deli meat, a pickle, a boiled egg, or pretzels, and I still wouldn’t feel satisfied. If I had just allowed myself to have a handful of chips, I wouldn’t have gone through all those foods and still not felt satisfied.

Same thing with sweets– I’d eat a piece of fruit, peanut butter with honey, piece of dark chocolate, a flavored yogurt, until I felt sick from the number of snacks I just ate in a row. If I had just allowed myself to have a small serving of ice cream, I wouldn’t have gone through that crazy cycle. Now, I’m not saying there’s anything wrong with cheese sticks, pickles, fruit or peanut butter, but if it’s not the food you’re craving, then it isn’t doing its job.

I’ve found that keeping my kitchen stocked with a wide variety of snacks keeps my cravings at bay. I stocked up on mini ice cream cups, pretzels, chocolate covered almonds, yogurt raisins, brownie mix and break n’ bake cookies. I was nervous at first that keeping these snacks on hand would mean I would eat an insane amount of them, but I was wrong! Simply keeping them in stock has reduced my cravings. Knowing that at any time, I can go in the kitchen and have any of these items, has reduced the amount I think about them. Not having them on hand is what gave me cravings.

I know this works, because I’ve had a box of Ghirardelli fudge brownie mix in my pantry for a whole month. I haven’t touched it. But, I know it’s there, when I feel the need to have brownies.

Restricting, banning and categorizing fun foods as “bad” can all lead to overeating of less satisfying foods to make up for it, and overeating of the “bad” food when you finally have access to it. If you never allow yourself to have brownies, and then suddenly you’re in front of a plate of brownies, of COURSE you’re going to eat more than one! You’ll probably have several. Your brain knows that you’re going to restrict brownies tomorrow and tell yourself you were “bad”, and that you aren’t going to let yourself eat brownies ever again.

This is the type of all-or-none thinking that leads straight to food binges.

The next time you’re eating a highly palatable food, and you are feeling out of control and feel like you can’t stop eating, take a second to think. How often do you allow yourself to have this food? Is it one of your “problem” foods? Do you have problems stopping after you’re full and continue eating, knowing that you’re going to make yourself never eat them again? Or do you deny yourself of your “problem food” so often, that you try to make up by overeating less satisfying foods?

Something to think about. :)