Being a food blogger is super-cool sometimes. Especially when you’re sent a giant box of fresh lamb from New Zealand. From the same area where Lord of The Rings was filmed. #nerd

Marx Foods is a wholesale and fine foods retailer based out of Seattle. They sell pretty much every meat you could think of– lamb, beef, poultry, boar, bison, elk, and so much more. They also offer mushrooms, truffles/truffle oil, and unique produce (think edible flowers, microgreens, and purple potatoes). Marx Foods approached me a couple weeks ago to see if I was interested in entering their newest review contest for Silere Alpine Origin Merino Lamb. This opportunity sounded so cool and unique I had to join in on the fun! 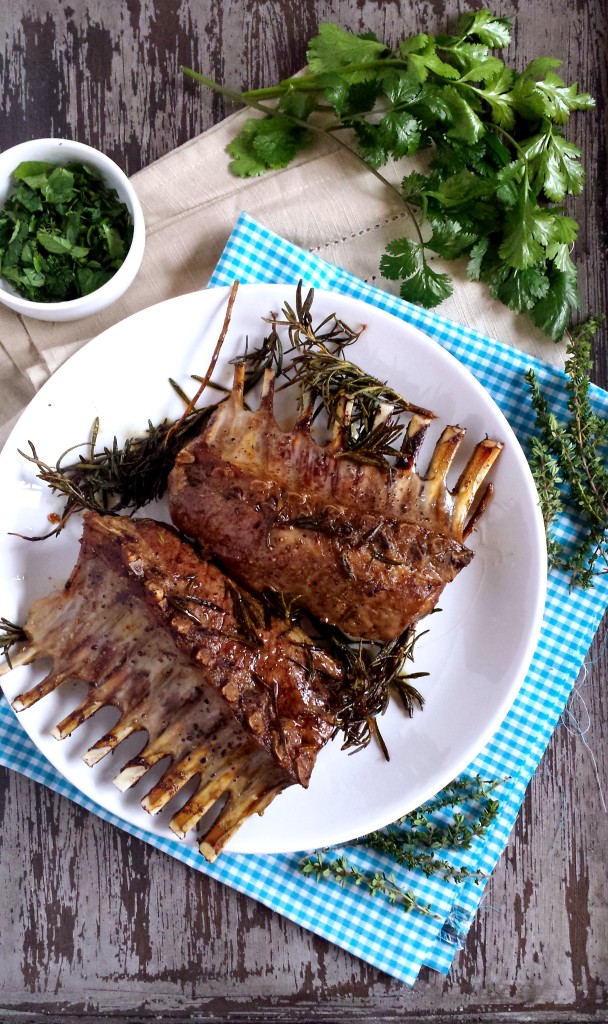 I received free samples of the Silere Alpine Origin Merino lamb mentioned in this post. By posting this review I am entering a review challenge sponsored by Marx Foods and am eligible to win prizes. I was not additionally compensated for my time.

Silere Alpine Origin Merino lamb is a new product to the US market. I’m excited because the bloggers chosen for this review contest are among the first cooks in America to test drive this meat. Merino lamb is known for having luxurious wool, and it’s meat is just as luxurious! It’s tender, silky, and has a light flavor.

Merino lamb is from New Zealand’s alpine regions, and it’s free range (allowed to graze on native herbs and grasses). Merino is a slower growing, naturally leaner breed of lamb. American lamb is usually very strong in flavor and can be overpowering, and this Merino lamb is supposed to be less gamy and fresher tasting!

Marx Foods generously sent me two cuts of lamb: their french rack and loin fillet. I’ve only cooked with lamb a couple times, and it’s always been with my Dad. So when my cuts came in the mail, I immediately enlisted his help and told him to come on over! My whole family ended up coming over to help eat it and dubbed the night “Lamb-a-palooza”.

Lamb racks are highly prized cuts and can be roasted whole or sliced into rib chops. The racks that I was sent had been “frenched”, which means the bones were scraped clean for a more elegant presentation. This was a totally new term for me!

The rack of lamb came vacuum packed and frozen. The meat was bright red with little marbling. There was a fat pad on one side that was easy to trim off after it was done roasting. My Dad, our family’s “culinary expert” said that it was the nicest looking rack of meat he’s ever seen. It was firm to the touch and smelled fresh. We could tell it was high quality meat.

We chose this recipe from Food & Wine: Rack of Lamb with Rosemary Butter. We first seared the rack in butter, olive oil and rosemary until it was browned all over, and then we roasted it in the oven for about 30 minutes.

I usually like my red meat to be pretty rare, so we left this at about 130 degrees F and it was light pink on the inside. Here’s a pic of the racks getting pan seared before roasting! They smelled amazing. The butter and olive oil gave it a nice brown crust. The rosemary paired wonderfully with the lamb. Before serving, I sprinkled on chopped fresh mint, thyme and flat leaf parsley.

They turned out DELICIOUS. Even my mom, who rarely eats meat, tried one. She said that it was so tender and moist and not gamy at all. My sister and little brother called them “lamb pops”! The texture was smooth and rich, and the meat fell off the bone. 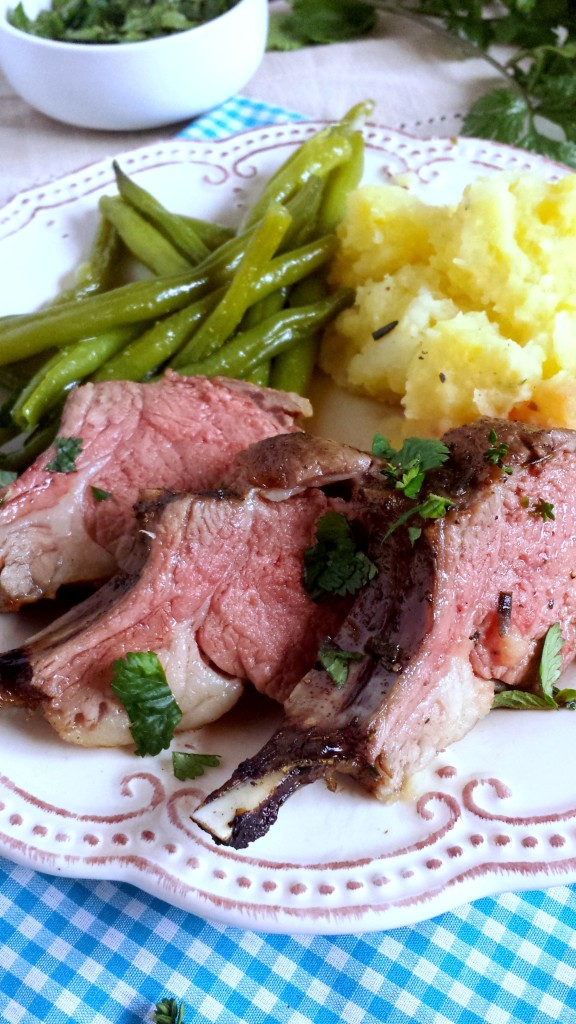 This is another highly prized lamb cut. Loin fillets offer superb tenderness and great flavor.  They’re perfect for cooking on the grill or pan-searing.

The loin fillets came vacuum packed and frozen. Again, the meat was bright red with very little marbling. There was a large fat pad on top that was easy to slice off. Usually loin fillets have to be tied together with kitchen string to hold them together while cooking, but this meat was of such high quality, that it wasn’t necessary.

We used this recipe from Whole Living: Pan Seared Loin of Lamb. First, we sliced off the fat pads. After chopping up a bunch of fresh rosemary (from my mom’s herb garden), we combined it with minced garlic and rubbed it into the loin with some olive oil. In a large skillet, we heated up olive oil and pan seared each side for about 8 minutes. We also cooked this cut to about 130 degrees F.

My Dad and I chose to stick with rosemary so that both of our dishes would have the same flavor notes (we were eating both cuts of lamb the same night). We didn’t want the dishes to be too different. Turns out, rosemary is FANTASTIC with lamb, garlic, and olive oil. What a great combination. Here’s a pic of the loins getting rubbed with herbs:

And the after picture! 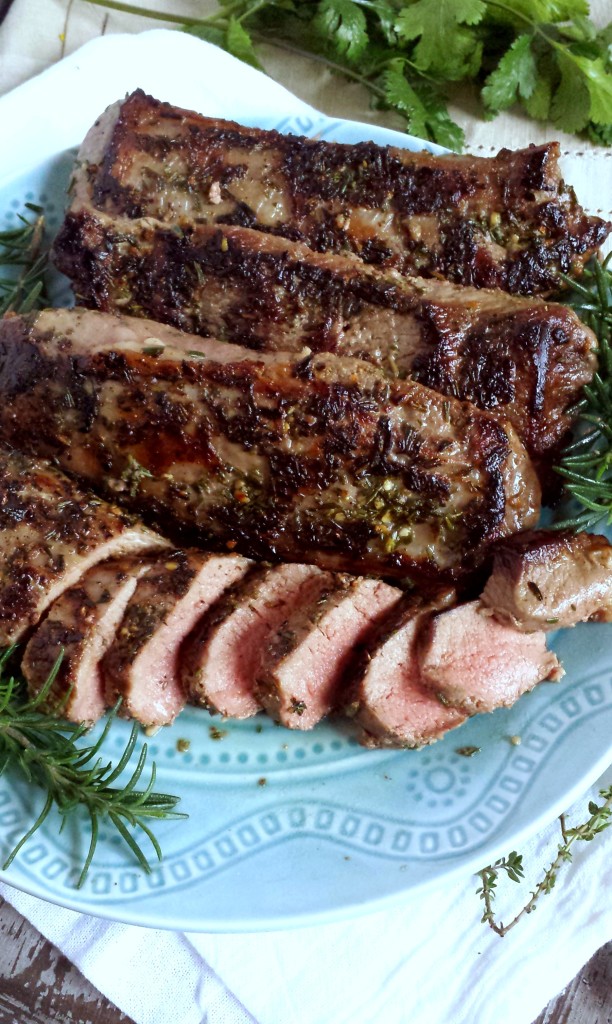 The loin was my favorite cut of lamb. It was awesome, let me tell you. I probably ate ten of these little medallions. We kept the middle rare and it was so moist and juicy. The texture was unbelievable– it just melted in your mouth. 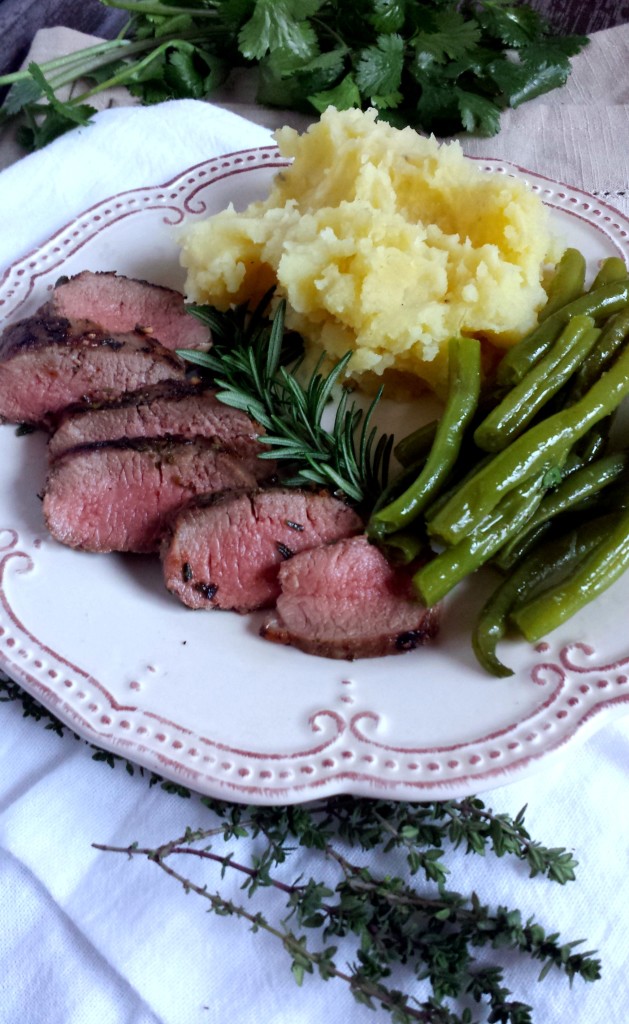 My family and I had a blast preparing and eating these dishes during our “Lamb-a-palooza”! Both came out incredible. My Dad said that it was the best lamb he’s ever had, and that it was even better than any he’s had in restaurants. My brother probably ate two whole loin fillets himself and half a rack (he’s eighteen and eats like a monster). I’ve only ever eaten lamb a couple times in my life and it was always super gamy and strong flavored. This was light, fresh tasting, and only had a hint of gamy-ness.

Overall I am really impressed! Since the lamb only comes in bulk packages, it’s not realistic to purchase for our family of two. But if I saw the words “Merino Lamb” on a menu at any restaurant, I know for sure I would be ordering it!

Have you ever tried lamb? If so, what is your favorite preparation method?

This post is part of a Silere Lamb review challenge. I would love it if you could stop by Marx Foods and cast your vote for Zen and Spice as your favorite review!