This weekend, I really wanted to get Chinese food, but couldn’t stand the thought of eating 2,000 mg of sodium in one bowl of chicken lo mein. Chinese/Asian restaurants are guilty of using plenty of soy sauce and salt to season their meals. I love Chinese food, but after preaching the benefits of a low sodium diet to my patients at work, I just can’t bring myself to eat a high sodium meal.

I found this recipe online for Chicken Teriyaki Noodles, that are lower in sodium than most recipes. It was pretty tasty, and the boyfriend thought so too. This recipe is for two servings. Whenever I cook for just me and Nick, I’ve been trying to use smaller recipes so that there’s not so much left over. 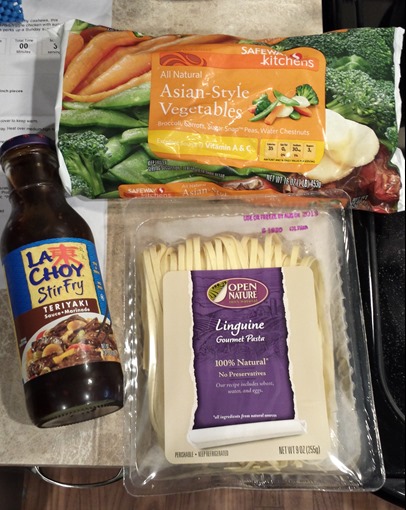 Boil the pasta according to package directions.

Slice the orange into bite-size pieces. 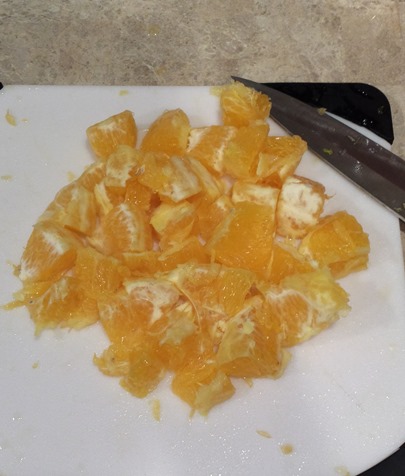 In a large pan, cook the diced chicken in the canola oil until just brown. 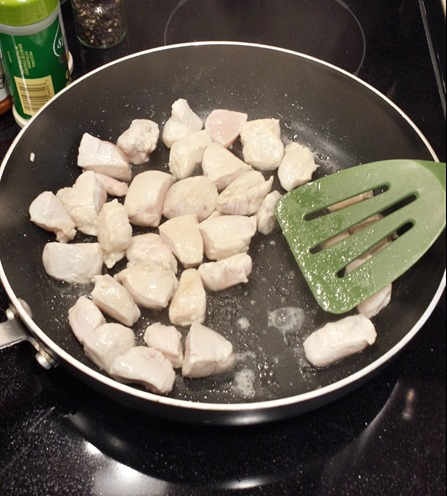 Add the Teriyaki sauce and frozen vegetables. Cover and cook for about 5-7 minutes, until chicken is flaky and vegetables are cooked.

Serve the chicken and vegetables on the linguine with the sliced oranges and chopped cashews.

Delish! Total time about 15 minutes. Quick and easy. This dish could really serve four people (smaller portions) but we were really hungry so we just split it in half. When this dish is split in half, each portion has about 650mg of sodium. Split four ways, each portion will have 300mg of sodium. Much better than eating out!!

Another important fact—this fresh linguine had 10g of protein per serving, only 85mg of salt, and 4g of fiber. I didn’t know that fresh pasta had better nutritional value than dried!